Taxila – Once a Great Centre Of Buddhist Civilization 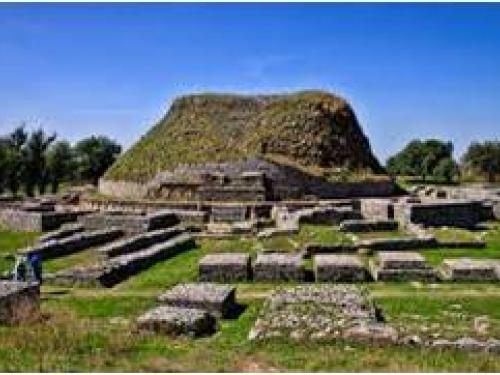 Taxila or Takshashila ("City of Cut Stone" or "Takṣa Rock") is one of the subcontinent’s treasures, and was once an important city of the kingdom of Gandhara. The ruins of Taxila are located about 30 km north of Islamabad/Rawalpindi, just off the famous Grand Trunk Road. Taxila was an important Buddhist Centre from 5th century BC to 6th Century AD. Ancient Taxila was situated at the pivotal junction of South Asia and Central Asia.

The renowned archaeologist Sir Alexander Cunningham rediscovered the ruins of Taxila in mid-19th century. In 1980, Taxila was declared a UNESCO World Heritage Site. In 2006 it was ranked as the top tourist destination in Pakistan by The Guardian newspaper.

Taxila Museum is famous for its magnificent collection of Gandharn Art (a blend of Greek and Buddhist art and house rare collection of utensils, jewelry, toys and pottery highlighting daily life of the inhabitants of ancient Taxila